Wet magnetic drum separator introduction
The methods to produce a magnetic field which induces differential polarizing forces in mineral particles and the use of this property for the purpose of mineral separation has so far been considered for the operation of separators under dry conditions.

However when the feed to the separators is in the form of a slurry, the design of magnetic separators has to be reconsidered, with the basic separating forces already described remaining unaltered. In a wet environment, a low-intensity drum is immersed in a slurry with the internal magnetic segments arranged as shown in Figure 1. 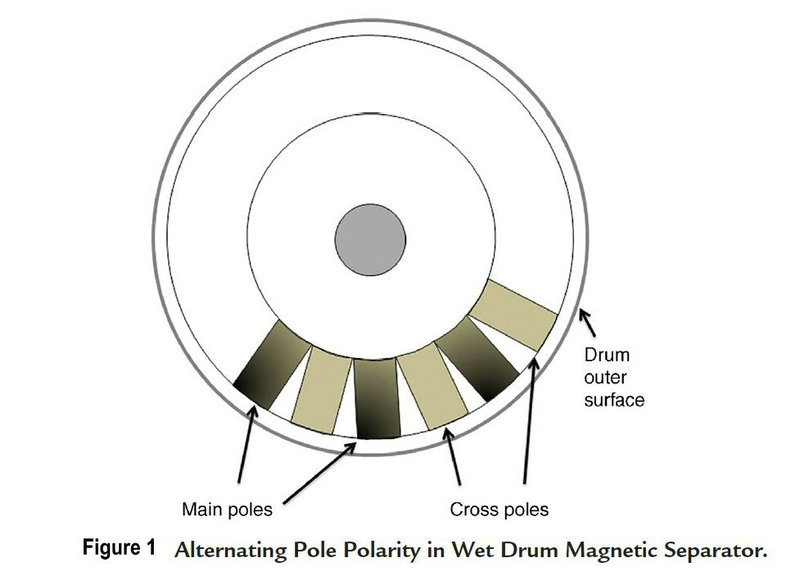 Drum diameters of commercial units vary up to 1200 mm with corresponding lengths up to 3600 mm. The lower portions of the drums are partly submerged in the feed which carry up to 35 % solids.

For simplicity, the magnetic force on the surface of the drum may be considered proportional to the field strength and the field gradient. The maximum field is at the surface of the drum and decreases rapidly with distance. The small inter-pole magnets (Figure 1) provide for high magnetic loadings at low speeds of the rotor. A high field gradient helps separate weakly magnetic particles from non-magnetic particles. 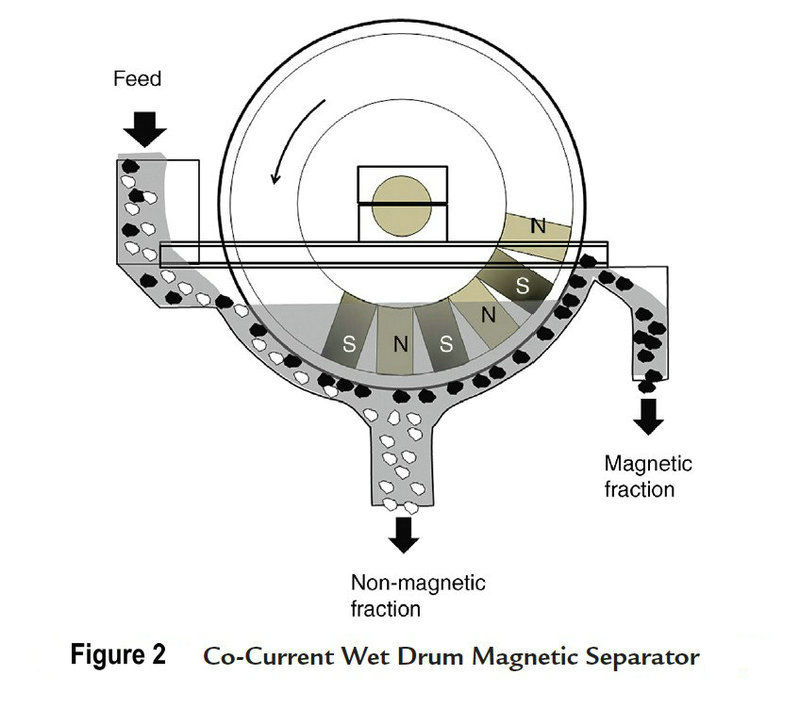 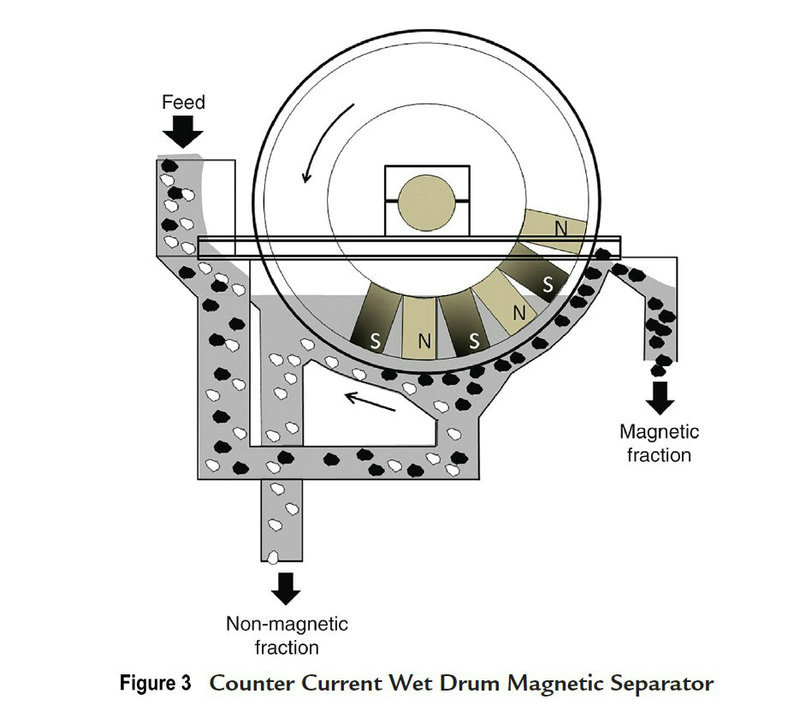 Tanks have been devised with a pulsating, jigging arrangement, which helps sequester particles prior to entering the magnetic field, with the expected result of improved recovery, especially for particles less than 20 mm in size.

In almost all set-ups, it is not possible to dislodge all particles that adhere to the drum after they are released from the magnetic field during the continuous rotation of the drum. Hence, scrapers and jets of water are used to dislodge and recover the particles off the drum surface.

The efficiency of the separation process depends on
1. flow rate of slurry
2. percent of magnetic solids in the feed
3. slurry percent solids
4. particle size
5. uniformity of distribution of slurry over the drum surface
6. radial position of magnets within the drum and the field strength.

For a particular operation these variables are monitored and adjusted to obtain a steady state and optimum separation with maximum yield.