Symons cone crusher has been widely used in crushing process because of its large processing capacity and fine crushing size. However, in actual production, some failures often occur due to manufacturing, installation and maintenance. For example, the capacity of a new replaced Symons cone crusher is smaller than the previous one, and the crusher is often “material stocking”, resulting in a lower capacity. Additionally, the main shaft sometimes has cracks and even fractures. The problem can be solved by analyzing the working principle, movement law and force situation of the crusher to find improvement measures to prevent such failures. 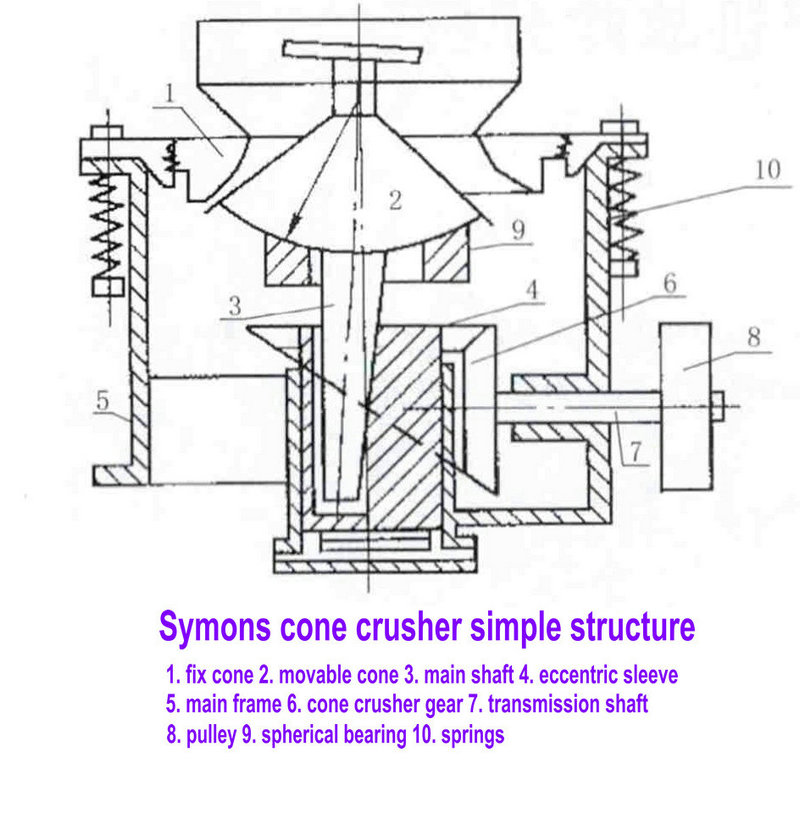 3.1 Analysis of the causes

Also in order to ensure that the crushing machine cone does not fall over, in the maintenance, must make the entire spherical bearing contact area of 2 / 3 in the outer ring, 1/3 of the inner ring area is not in contact, after a period of operation, can reach the full area of uniform contact. 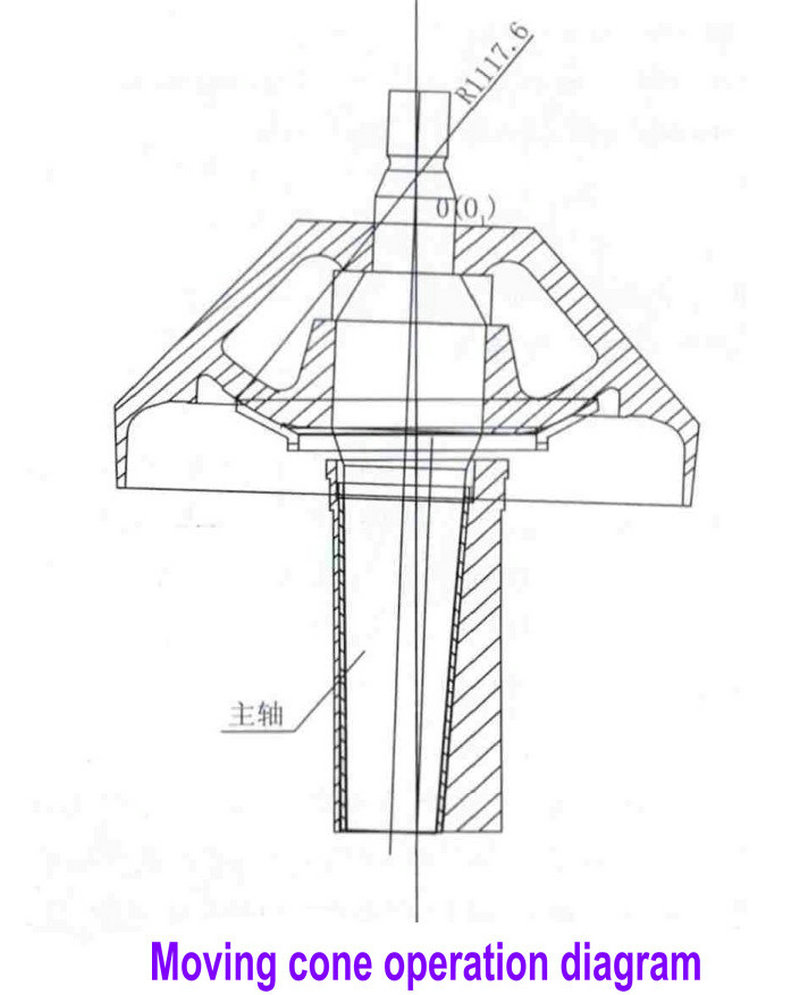 If the eccentric sleeve cone hole axis position is not correct, offset or eccentric angle is not correct, it will cause the O point and O1 point can not coincide, causing the dynamic cone instability and overturning during the operation. When the discharge opening is not adjusted to the required size during production, the cone will collide with the fixed liner, and the gap between the opening of the crushing chamber and the discharge opening will not gradually change from large to small or from small to large, but will suddenly change from large to small in an irregular manner, which will not be able to crush the ore effectively, and will not be able to reach the proper capacity of the crusher. If the cavity shape is not correct, the length of the parallel belt of the crusher will be different, which will also affect the capacity of the crusher.

However, if the difference between the eccentric axes is large, the difference between O1 and O is too much. In addition, the up and down adjustment of the bowl-shaped bush will cause the gap between the main shaft and the taper hole to change. Therefore, the bowl-shaped bush support is not allowed to have a large amount of adjustment. Or the O1 and O points do not coincide due to the incorrect eccentric angle, which can only be solved by replacing the eccentric bushing with the correct eccentric angle and axis position.

B. If there is a problem with the cavity of the crusher, first find out whether it is the fixed cone or the moving cone, and solve it by replacing the parts. 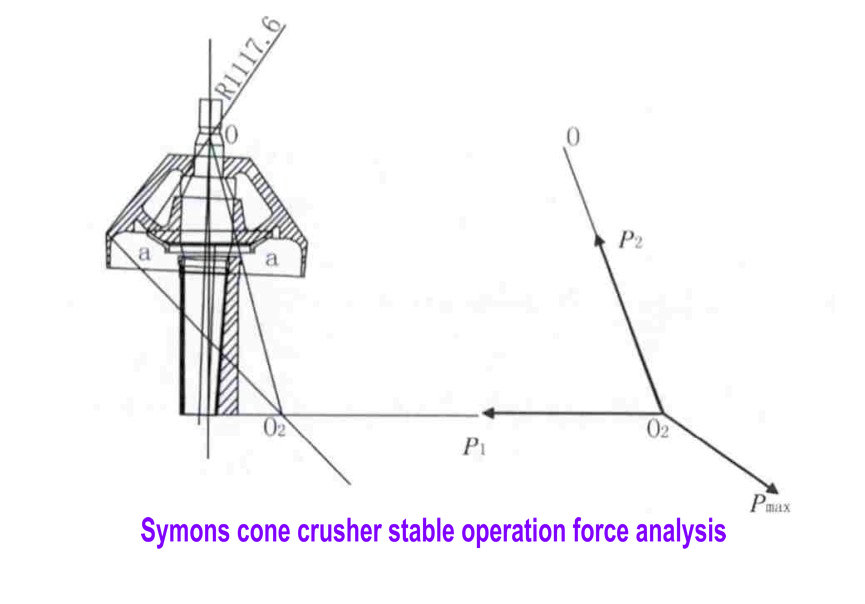 A. During maintenance, adjust the springs according to the range specified by the manufacturer, and each group of springs should be adjusted to the same extent. If the spring is tightened to a certain extent, the support ring still jumps frequently, and the reason must be found, and the solution cannot be solved by re-tightening the spring, so as to avoid excessive compression of the spring and increase the pre-tightening force. When entering non-broken objects, the crushing force increases, it is easy to cause the accident of the main shaft to break.
B. When manufacturing the main shaft, the defects of stress concentration should be avoided.
C. When assembling the main shaft and the body, the interference cannot be increased in order to increase the firmness between the main shaft and the body, so as to avoid the excessive interference and serious stress concentration, resulting in the fracture of the main shaft.

Practice has proved that after the implementation of this series of measures, the “material stocking” problem of the Symons cone crusher has been solved, and the main shaft fracture failure has been significantly reduced.

Click here to get more information about Symons cone crusher