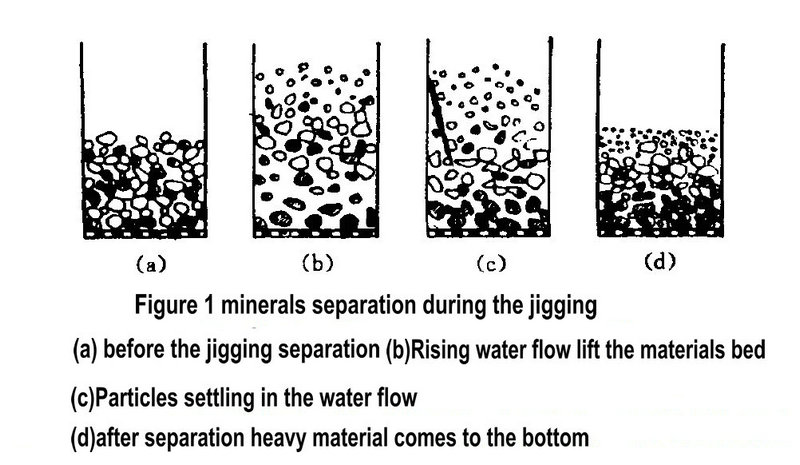 The main internal factor for the stratification of the material in the jigging process is the nature of the ore particles themselves, but the objective condition that allows the stratification to occur is the alternating water flow that rises and falls vertically.

When the material is fed into the jig feed end, a certain amount of horizontal water flow is fed along with the material. Although the horizontal water flow also has a certain influence on the sorting, it mainly plays the role of wetting and transport. The wetting is to prevent the dry material from agglomerating when it enters the water; the transportation is responsible for taking away the low density material that resides in the upper layer after stratification, so that it can be discharged from the jigger’s overflow weir.

The advantages of the jig sorting method are: simple process flow, easy operation and maintenance of equipment, large processing capacity, and sufficient sorting accuracy. Therefore, it is commonly used in the production and is one of the most important sorting methods for re-sorting.

In coal sorting, coal jigging accounts for a large proportion. About 50% of the world’s coal is processed by jigging machine every year; 70% of all raw coal is processed by jigging in China. In addition, the size level of jigging coal processing is wide, in the range of 0.5-150mm; it can neither be graded into the selection, nor graded into the selection. The adaptability of jigging is strong, except for the extremely difficult coal selection, all can be given priority to jigging method.

In ore sorting, jigging is an effective method to deal with coarse and medium grain ores, and is used in large quantities to sort tungsten ore, tin ore, gold ore and certain rare metal ores; in addition, it is also used to sort iron and manganese ores and non-metallic ores. When treating metal ores, the upper limit of feed size can be 30-50mm, and the lower limit of recovered size is 0.2-0.074mm. 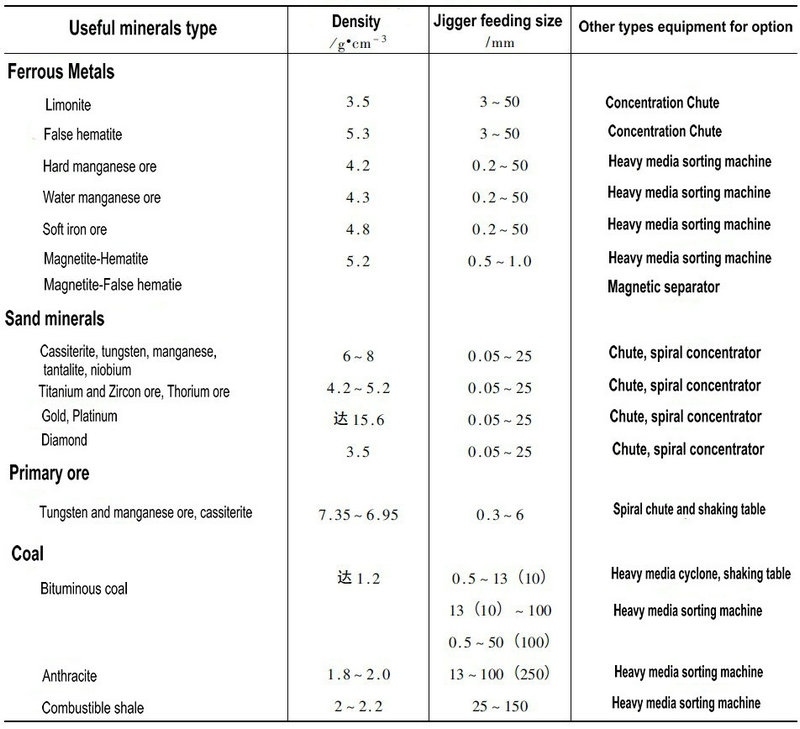