In its simplest form, the circular vibrating screen is a surface having many apertures, or holes, usually with uniform dimensions. Particles presented to that surface will either pass through or be retained, according to whether the particles are smaller or larger than the governing dimensions of the aperture. The efficiency of screening is determined by the degree of perfection of separation of the material into size fractions above or below the aperture size.

There has been no universally accepted method of defining screen performance and a number of methods are employed. The most common screen performance criteria are those which define an efficiency based on the recovery of material at a given size, or on the mass of misplaced material in each product. This immediately leads to a range of possibilities, such as undersize in the overscreen product, oversize in the through-screen product, or a combination of the two.

It can be seen from above table that as the particle size approaches that of the aperture, the chance of passage falls off very rapidly. The overall screening efficiency is markedly reduced by the proportion of these near-mesh particles. The effect of near-mesh particles is compounded because these particles tend to “peg” or “plug” the apertures, reducing the
available open area. This problem is often found on screens run in closed circuit with crushers, where a build-up of near-mesh material can occur and progressively reduce screening efficiency.

The principle of sieve sizing analysis is to use a low feed rate and a very long screening time to effect an almost complete separation. In industrial screening practice, economics dictate that relatively high feed rates and short particle dwell times on the screen should be used. At these high feed rates, a thick bed of material is presented to the screen, and fines must travel to the bottom of the particle bed before they have an opportunity to pass
through the screen surface. The net effect is reduced efficiency. High capacity and high efficiency are often opposing requirements for any given separation, and a compromise is necessary to achieve the optimum result.

Most granular materials processed on screens are non-spherical. While spherical particles pass with equal probability in any orientation, irregular-shaped near-mesh particles must orient themselves in an attitude that permits them to pass. Elongated and slabby particles will present a small cross-section for passage in some orientations and a large cross-section in others. The extreme particle shapes therefore have a low screening efficiency. Mica, for instance, screens poorly on square aperture screens, its flat, plate like crystals tending to “ride” over the screen apertures.

The chance of passing through the aperture is proportional to the percentage of open
area in the screen material, which is defined as the ratio of the net area of the apertures to the whole area of the screening surface. The smaller the area occupied by the screen deck construction material, the greater the chance of a particle reaching an aperture. Open area generally decreases with the fineness of the screen aperture. In order to increase the open area of a fine screen, very thin and fragile wires or deck construction must be used. This fragility and the low throughput capacity are the main reasons for classifiers replacing screens at fine aperture sizes.

The amount of surface moisture present in the feed has a marked effect on screening efficiency, as does the presence of clays and other sticky materials. Damp feeds screen very poorly as they tend to agglomerate and “blind” the screen apertures. As a rule of thumb, screening at less than around 5 mm aperture size must be performed on perfectly dry or wet material, unless special measures are taken to prevent blinding. These measures may include using heated decks to break the surface tension of water between the screen wire and particles, ball-decks (a wire cage containing balls directly below the screening surface) to impart additional vibration to the underside of the screen cloth, or the use of non-blinding screen cloth weaves. Wet screening allows finer sizes to be processed efficiently down to 250μm and finer. Adherent fines are washed off large particles, and the screen is cleaned by the flow of pulp and additional water sprays. 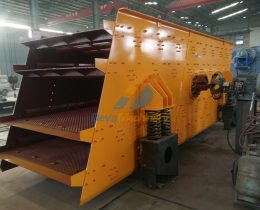 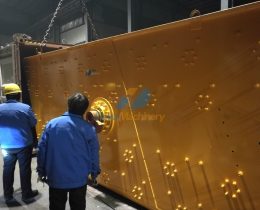 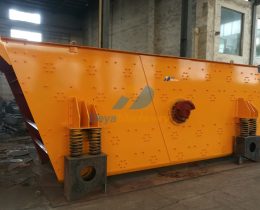 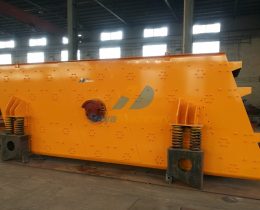 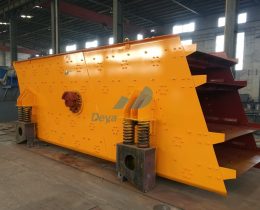 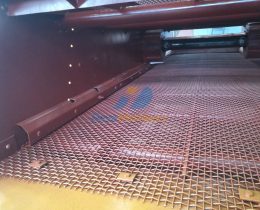