The final stages of comminution are performed in tumbling mills using steel balls as the grinding medium and so designated “ball mills.” Since balls have a greater surface area per unit weight than rods, they are better suited for fine finishing. The term ball mill is restricted to those having a length to diameter ratio of 1.5 to 1 and less.

Ball mills in which the length to diameter ratio is between 3 and 5 are designated tube mills. These are sometimes divided into several longitudinal compartments, each having a different charge composition; the charges can be steel balls or rods, or pebbles, and they are often used dry to grind cement clinker, gypsum, and phosphate. Tube mills having only one compartment and a charge of hard, screened ore particles as the grinding medium are known as pebble mills.

They are widely used in the South African gold mines. Since the weight of pebbles per unit volume is 35-55% of that of steel balls, and as the power input is directly proportional to the volume weight of the grinding medium, the power input and capacity of pebble mills are correspondingly lower. Thus in a given grinding circuit, for a certain feed rate, a pebble mill would be much larger than a ball mill, with correspondingly higher operating cost. However, it is claimed that the increment in capital cost can be justified economically by a reduction in operating cost attributed to the lower cost of the grinding medium. This may, however, be partially offset by higher energy cost per tonne of finished product.

These mills have a lower pulp level than overflow mills, thus reducing the dwell time of particles in the mill. Very little overgrinding takes place and the product contains a large fraction of coarse material, which is returned to the mill by some form of classifying device. Closed-circuit grinding (see attached figure 2 Simple closed-grinding circuit), with high circulating loads, produces a closely sized end product and a high output per unit volume compared with open circuit grinding.

Grate discharge mills usually take a coarser feed than overflow mills and are not required to grind so finely, the main reason being that with many small balls forming the charge the grate open area plugs very quickly. The trunnion overflow mill is the simplest to operate and is used for most ball mill applications, especially for fine grinding and regrinding. Energy consumption is said to be about 15% less than that of a grate discharge mill of the same size, although the grinding efficiencies of the two mills are the same Ball mills are rated by power rather than capacity. Today the largest overflow ball mill is 7.9 in diameter length 13.6m, it was produced by CITIC Heavy Industries(see attached figure 3 largest ball mill ).

The trend in recent years has been to use fewer comminution machines per grinding line with the result that units have increased considerably in capacity. For example, in the 1980s, the largest operating ball mill was 5.5 m in diameter by 7.3 m in length driven by a 4 MW motor. Today, ball mills of 5 m plus are commonplace, and 7 m ball mills are currently employed on at least two sites. However, there are several cases where large ball
mills have not achieved design capabilities. One example was the 5.5 m diameter by 6.4 m ball mills at Bougainville Copper Ltd where the coarse material grinding was particularly inefficient. The “post-Bougainville Copper” literature has been reviewed recently. Operational data from a wide range of large diameter ball mills were collected and analysed. The issues related to sizing of large diameter ball mills included power draw, residence time, feed size, and the applicability of Bond’s equations. It was concluded that the power draw of large diameter mills follows the same relationships that hold for smaller diameter mills, as described in Morrell’s power equation.

Ball-mill scale-up studies have been conducted in Australia and the United States, the results emphasizing that there are limitations to conventional procedures for estimating large mill requirements from small-scale results. Attempts have been made to use laboratory ball-mill test results to calibrate a suitable ball mill mathematical model, and a set of scale-up criteria have been developed for scaling the parameters of the model to predict full-scale ball-mill performance. Further validation of these ball-mill scale-up procedures is under way. If proved, it offers a useful tool in greenfield design of ball milling circuit. Grinding in a ball mill is effected by point contact of balls and ore particles and, given time, any degree of fineness can be achieved. The process is completely random- the probability of a fine particle being struck by a ball is the same as that of a coarse particle. The product from an open-circuit ball mill therefore exhibits a wide range of particle size, and overgrinding of at least some of the charge becomes a problem. Closed-circuit grinding in mills providing low residence time for the particles is almost always used in the last stages to overcome this.

Several factors influence the efficiency of ball mill grinding. The pulp density of the feed should be as high as possible, consistent with ease of flow through the mill. It is essential that the balls are coated with a layer of ore; too dilute a pulp increases metal-to-metal contact, giving increased steel consumption and reduced efficiency. Ball mills should operate between 65 and 80% solids by weight, depending on the ore. The viscosity of the pulp increases with the fineness of the particles, therefore fine-grinding circuits may need
lower pulp densities. The major factors affecting the pulp rheology and its effects on grinding circuits have been discussed by a number of researchers. It was found that not only the viscosity of the pulp but also the rheological type (Newtonian or non-Newtonian) would affect ball milling performance.

The efficiency of grinding depends on the surface area of the grinding medium. Thus, balls should be as small as possible and the charge should be graded such that the largest balls are just heavy enough to grind the largest and hardest particles in the feed. A seasoned charge will consist of a wide range of ball sizes and new balls added to the mill are usually of the largest size required. Undersize balls leave the mill with the ore product and can be removed by passing the discharge over screens. Various formulae have been proposed for the required ratio of ball size to ore size, none of which is entirely satisfactory. The correct sizes are often determined by trial and error, primary grinding usually requiring a graded charge of 10-5 cm diameter balls, while secondary grinding requires 5-2cm. Concha et al. (1988) have developed a method to calculate ball-mill charge by using a grinding circuit simulator with a model of ball wear in a tumbling mill.

Segregation of the ball charge within the mill is achieved in the Hardinge mill(see attached figure 4 Hardinge mill).

The conventional drum shape is modified by fitting a conical section, the angle of the cone being about 30 degree . Due to the centrifugal force generated, the balls are segregated so that the largest are at the feed end of the cone, i.e. the largest diameter and greatest centrifugal force, and the smallest are at the discharge. By this means, a regular gradation of ball size and of size reduction is produced.

Grinding balls are usually made of forged or rolled high-carbon or alloy steel, or cast alloy steel, and consumption varies between 0.1 and as much as 1 kg/t of ore depending on hardness of ore, fineness of grind, and medium quality. Medium consumption can be a very high proportion, sometimes as much as 40% of the total milling cost, so is an area that often warrants special attention. Good quality grinding media may be more expensive, but may be economic due to lower wear rates. Very hard media, however, may lead to lower grinding efficiencies due to slippage, and this also should be taken into account. Finer grinding may lead to improved metallurgical efficiency, but at the expense of higher grinding energy and media consumption. Therefore, particularly with ore of low value, where milling costs are crucial, the economic limit of grinding has to be carefully assessed.

As the medium consumption contributes significantly to the total milling cost, great effort has been expended in the study of medium wear. Three wear mechanisms are generally recognised: abrasion, corrosion, and impact. Abrasion refers to the direct removal of metal from the grinding media surface. Corrosion means the less resistant corrosion product films being abraded away during wet grinding. Impact wear refers to pitting, spalling, breaking, or flaking caused in the ore-metal-environment contact. Operational data show that abrasion is the major cause of metal loss in grinding, while corrosion represents less than 10% of the total loss. In recent years, attempts have been extended to predict media wear by developing a total media wear model incorporating the abrasive, corrosive, and impact wear mechanisms. The model parameters were determined from three ore-metal-environment-specific laboratory tests and validated with full-scale grinding operation data. The charge volume is about 40-50% of the internal volume of the mill, about 40% of this being void space. The energy input to a mill increases with the ball charge, and reaches a maximum at a charge volume of approximately 50% (see attached figure 5 Energy input versus charge volume), but for a number of reasons, 40-50% is rarely exceeded. The efficiency curve is in any case quite flat about the maximum. In overflow mills the charge volume is usually 40%, but there is a greater choice in the case of grate discharge mills. The optimum mill speed increases with charge volume, as the increased weight of charge reduces the amount of cataracting taking place.

Ball mills are often operated at higher speeds than rod mills, so that the larger balls cataract and impact on the ore particles. The work input to a mill increases in proportion to the speed, and ball mills are run at as high a speed as is possible without centrifuging. Normally this is 70-80% of the critical speed, the higher speeds often being used to increase the amount of cataracting taking place in order to break hard or coarse feeds. 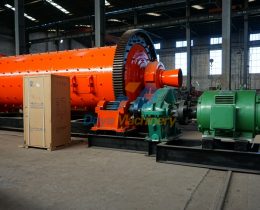 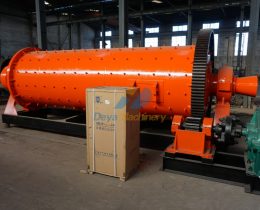 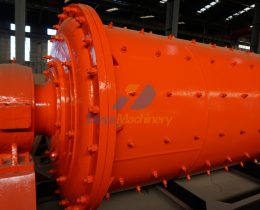 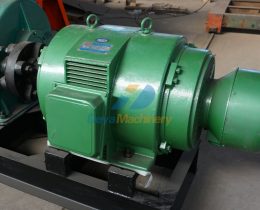 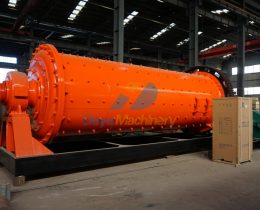 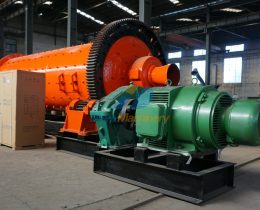